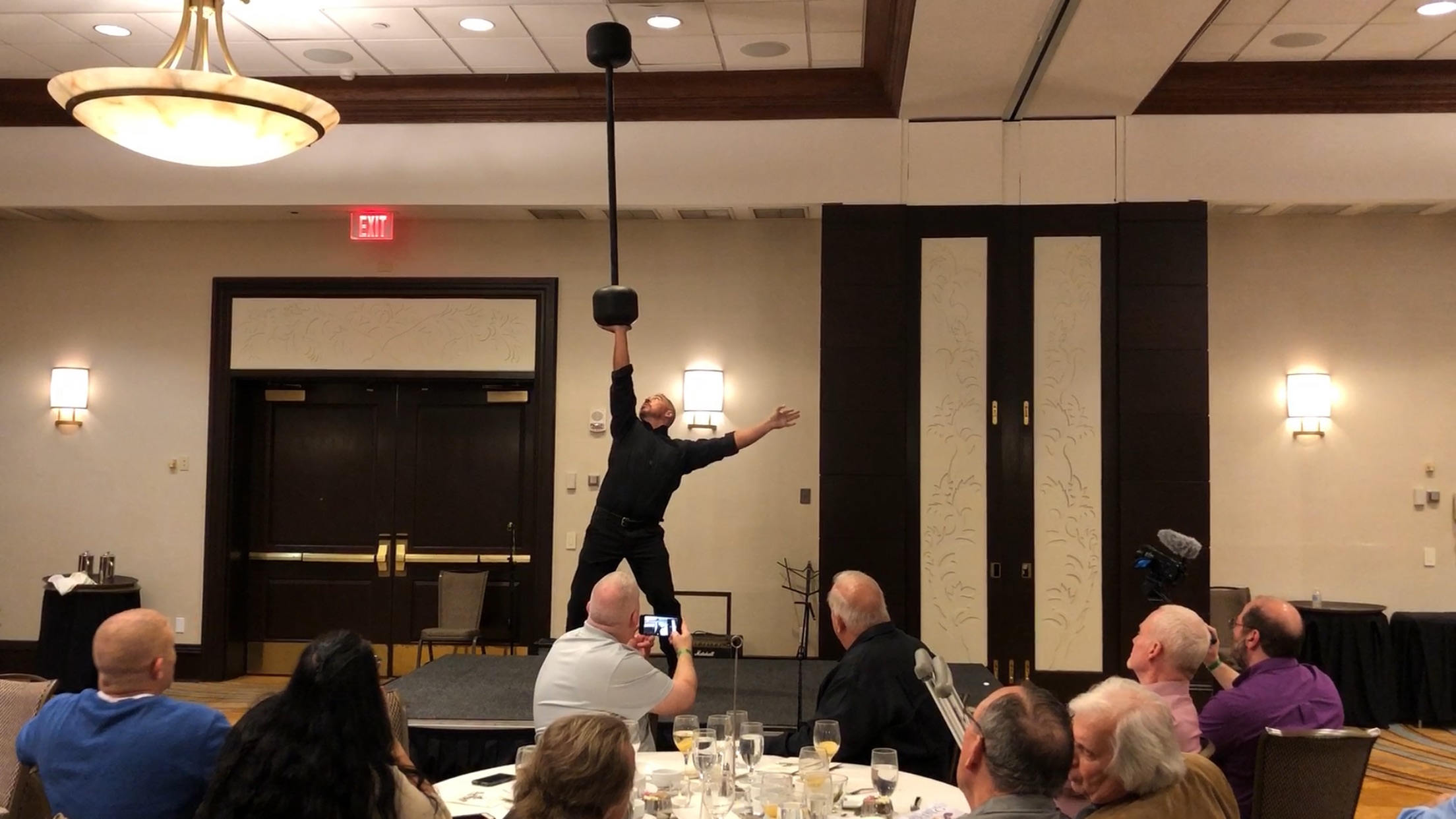 This past weekend I was invited to perform at the annual AOBS Gala. It was an honor and a privilege that meant more personally than any other show I’ve done. This was a moment that had come “full circle” for me, which I will explain below. 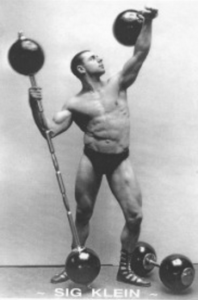 The Association of Oldetime Barbell and Strongman dinner started back in 1982 as a surprise 80th birthday party for Sigmund Klein. Sig was major figure in the Iron Game in the US and particularly in the NY area. A European immigrant, Sig operated a gym in mid-town Manhattan for nearly 50 years. Because Klein was a consummate strongman and physique poser, anyone with any interest in the Iron Game sought Sig’s appraisal and/or advice, including AOBS founder Vic Boff.

Both of these men have long since passed but the tradition lives on. Each year the AOBS honors one or two notable figures from bodybuilding, weightlifting, powerlifting and/or strongman. This year it was Chris Dickerson, former Mr. Olympia, and Judy Glenney, a pioneer in women’s weightlifting.

In addition to the honorees, the banquets entertainment usually includes a strongman show. This is what originally drew me to the AOBS.

Jess and I attended our first dinner in 2004. It was an incredible experience that forged relationships in our lives, in both people and culture, that will last forever. 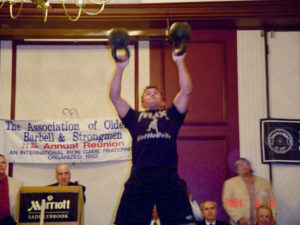 First, there was a demonstration put on by the guys from MAXX Kettlebells. They did some heavy pressing and a juggling routine. It was the first time we had seen kettlebells in action and after the show Jess turned to me and said she wanted some kettlebells for her birthday. I placed an order for our first set that Monday. 🙂 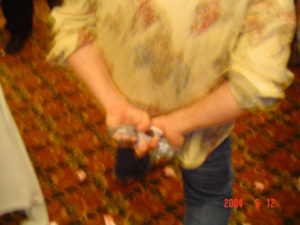 Second, that’s where I met Dennis Rogers. He was quartering a deck of cards behind his back with 3 fingers taped down. One of the greatest strongman performers the world has ever seen, Dennis would eventually become my friend and mentor.

So that was it – kettlebells and strongman performances – I was introduced to them both at the AOBS dinner 14 years ago.

Now I am a performing strongman who owns a kettlebell gym. Full circle.

Back to this years dinner…

I knew that I had to step my game up for this show. When you’re performing for this audience, world class feats of strength are common place. I had to do something nobody else was doing.

Barbell juggling was it.

It seemed only right being that the routine I do is based off of Sig Klein’s Classical Weightlifting volume 1 (that’s right, the Sig Klein who this dinner was started for!)

The only problem was, I’ve never done this on stage before. I’ve never done it outside of a gym with rubber floors or a grassy area where I could drop it without any repercussions.

Not to mention I had only a month’s notice and I hadn’t been practicing!

To say I was nervous would be an understatement. The thought that I could mess up and the barbell would go flying onto someones table legit kept me up at night.

There were 3 things that helped me get over this fear:

When it came time for me to perform, I did what I came there to do.

As much as I’d like to say everything was perfect and I was completely confident, that wasn’t the case. I still had to fight off the negative self talk, and when I analyze my performance, I can find things to improve on (as always).

However I couldn’t be happier about the performance, the dinner and the weekend in general! It’s been 9 years since we’ve attended the AOBS and it was just as much fun as I remember it.

Things are a little different now but the spirit of the reunion remains. In the words of the AOBS founder, Vic Boff…